Do you play MOBA game? Maybe you have played the likes of Mobile Legends or Arena of Valor on your Android or iOS smartphone. But, have you tried Vainglory from Super Evil Megacorp? We can say that it is the best MOBA game so far and you should try it. If you curious why we say like that, just check out our Vainglory review so you can understand why we said so!

Similar to the MOBA games out there, we will play the game and battle with other players to destroy all the towers while defending ours and killing the opponents. Unlike the other titles of MOBA games where the battle involving 10 players at once with 5 players on each team, Vainglory only involving 6 players with 3 players on each team. Also, in this game, we only have one lane where the others have three. But now, the new update has included the feature of 5 versus 5 battle with three lanes like the other similar games out there. 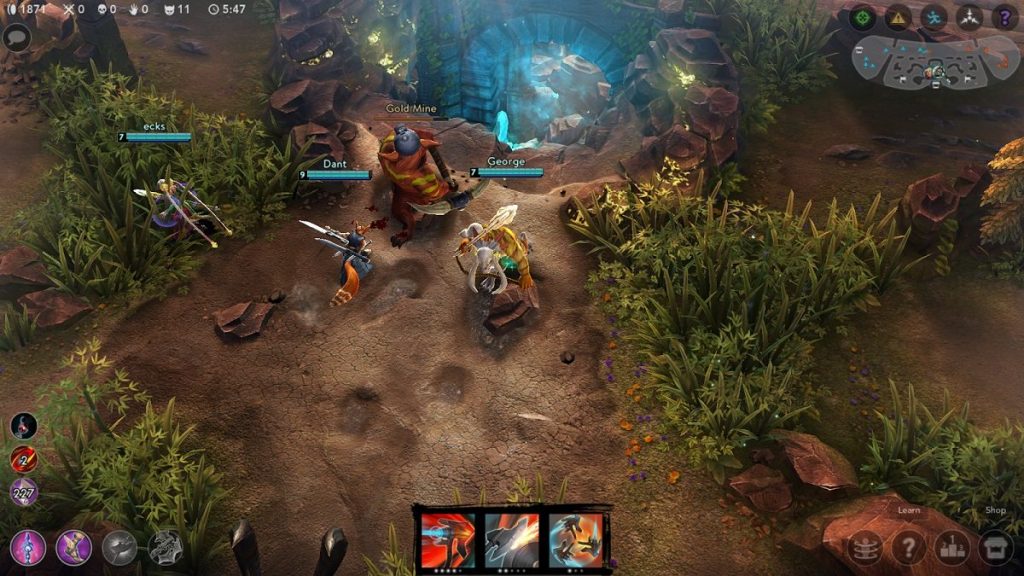 When the other MOBA games are using a touchpad to control the heroes, Vainglory does not use that method. This game uses the touch screen so we just need to touch the screen to give move the heroes. So, it is like we are playing DOTA on mobile. As we know that DOTA also uses the control like that although it is not by touching the screen, but, using the pointer.

If we are talking about this aspect, we can say that this game is the best among the other MOBA games. The 3D graphics are really stunning and smooth, even it is like HD graphics. The details of the heroes and the environments in the game are really awesome. You will love the graphics so much when you see it yourself. But, only one disadvantage of this aspect, the shadow of the heroes is not well made. The shadow is just a circle unlike the like of Mobile Legends where the shadow forms the heroes itself.

That is all that we can share about this game. Hopefully, our Vainglory review can enrich your information about it. Then, do not wait anymore, let us download and play this game immediately.