Are you a Gundam fans? You already watch and collect all the Gundam series? If so, which one do you think is the strongest Gundam in the universe? Can you answer it? Of course, it will be hard because there are tons of strong Gundam that you can’t mention. But, I will minimize it and tell you the strongest Gundam in the universe. Just check out the list below to cure your curiosity. Have fun reading my article!

The Strongest Gundam in the Universe 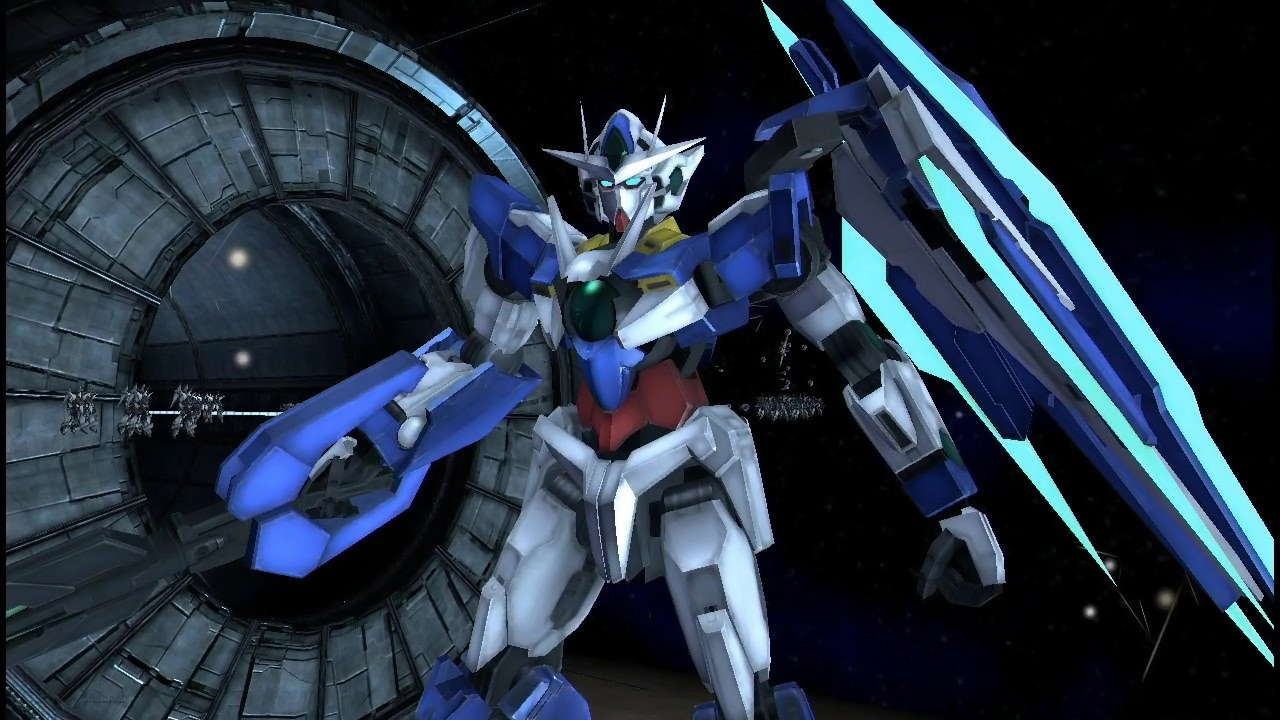 The first in the list that I choose is 00 Quanta, the Gundam appear in the movie 00 Gundam Awakening of Trailblazer, even though the scene of this Gundam appeared it not that much, you can see how strong this Gundam can be. It can teleport, have sword funnel in the shield, and don’t forget the Trans-Arm system that already been enhanced to get the maximum power of the Gundam. You can see in the movie the long big laser cut through the core of ELS. So, do you still doubt this Gundam become the strongest of all? 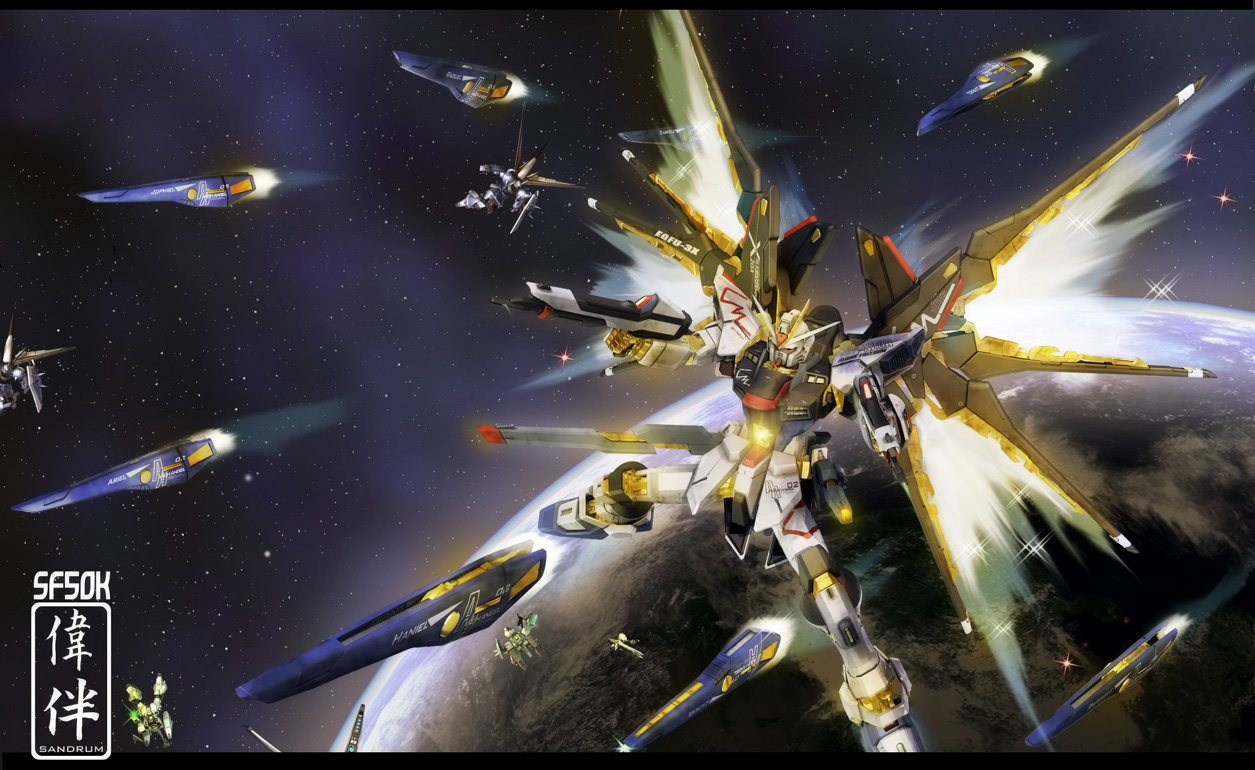 I’m sure you know this Gundam very well. Yeah, this Gundam is surely amazing. What makes this one looks really awesome is the Dragoon Pack that installed in the backpack of the Gundam. It can launch the funnel that follows all the MS everywhere. So it can shoot all MS within the reach quickly. Don’t forget about the double rifle that this Gundam has, The rifle also can be combined into one to shoot the powerful beam. Last but not least is the Multi-Lock On features that can shoot down all enemies. Yeah, Freedom Gundam will launch all the laser beam to the opponents through all the weapons that this Gundam has. 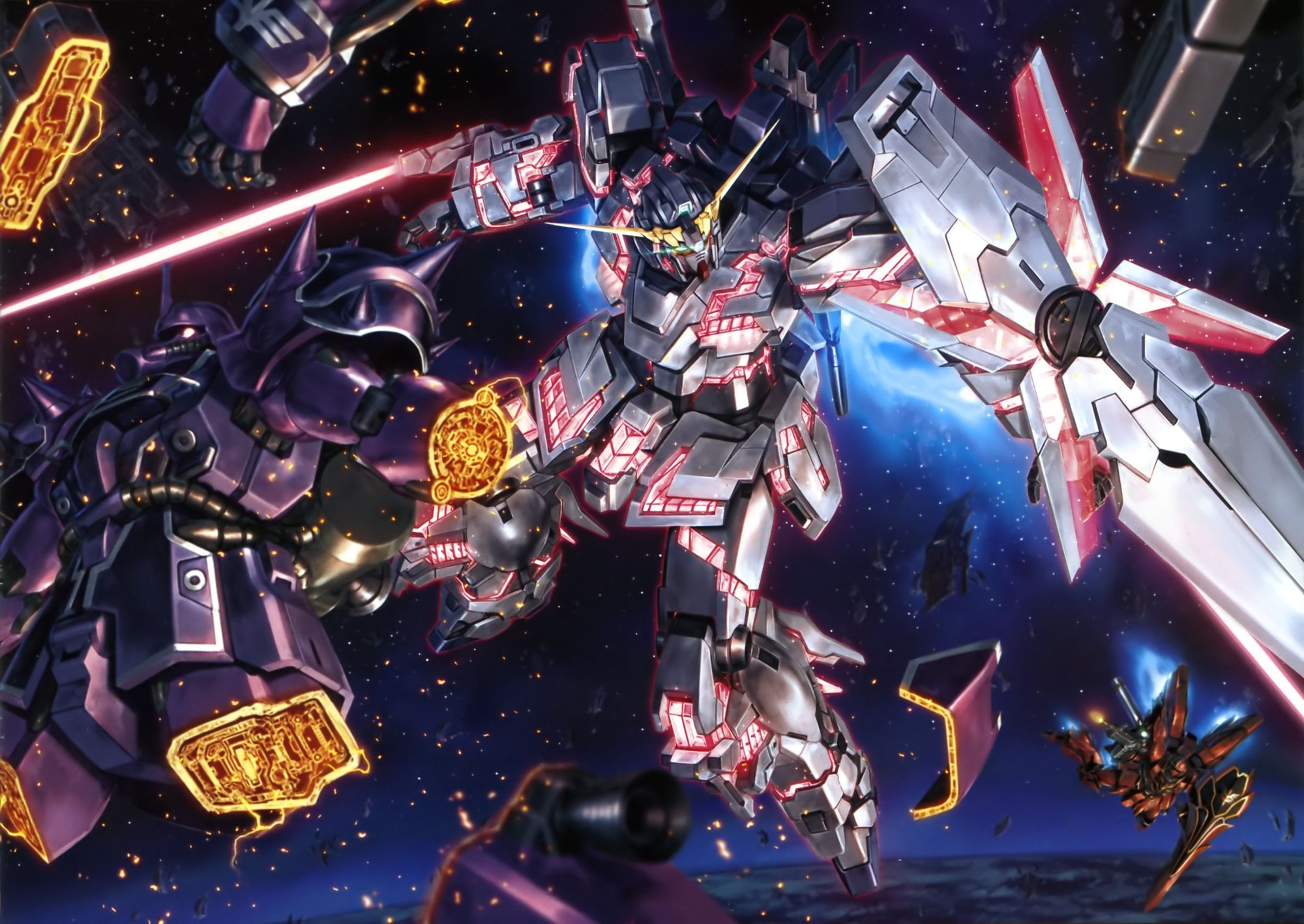 This Gundam can change into MS version and the Gundam version. In order to change the Gundam, the pilot must activate the NT-D system. And it will change into Destroyer Mode (Gundam). When changing into Destroyer Mode, the I-Field will activate and protect the Gundam from beam attack. Actually, it’s not the new technology in Universal Century, because almost every Gundam have this kind of tech. Don’t forget about the Beam Magnum, the name of the rifle that this Gundam wields, the shoot is really powerful that can blow enemies into pieces!

This Gundam surely is a beast. It can pierce through anything that blocks this Gundam. The powerful nail already attaches on the Gundam fingers that can pierce through another MS. The Tail Blade that equipped in the back of Gundam that can be controlled by Mikazuki through Alaya-Vijnana System. The Ultra Mace also becomes the strongest weapon of this Gundam. If about Melee type combat, I think this is the powerful Gundam that can beat anything! The Design is like an animal that transforms into Gundam. The ability of this Gundam also superb, the speed attack that can kill another MS easily. 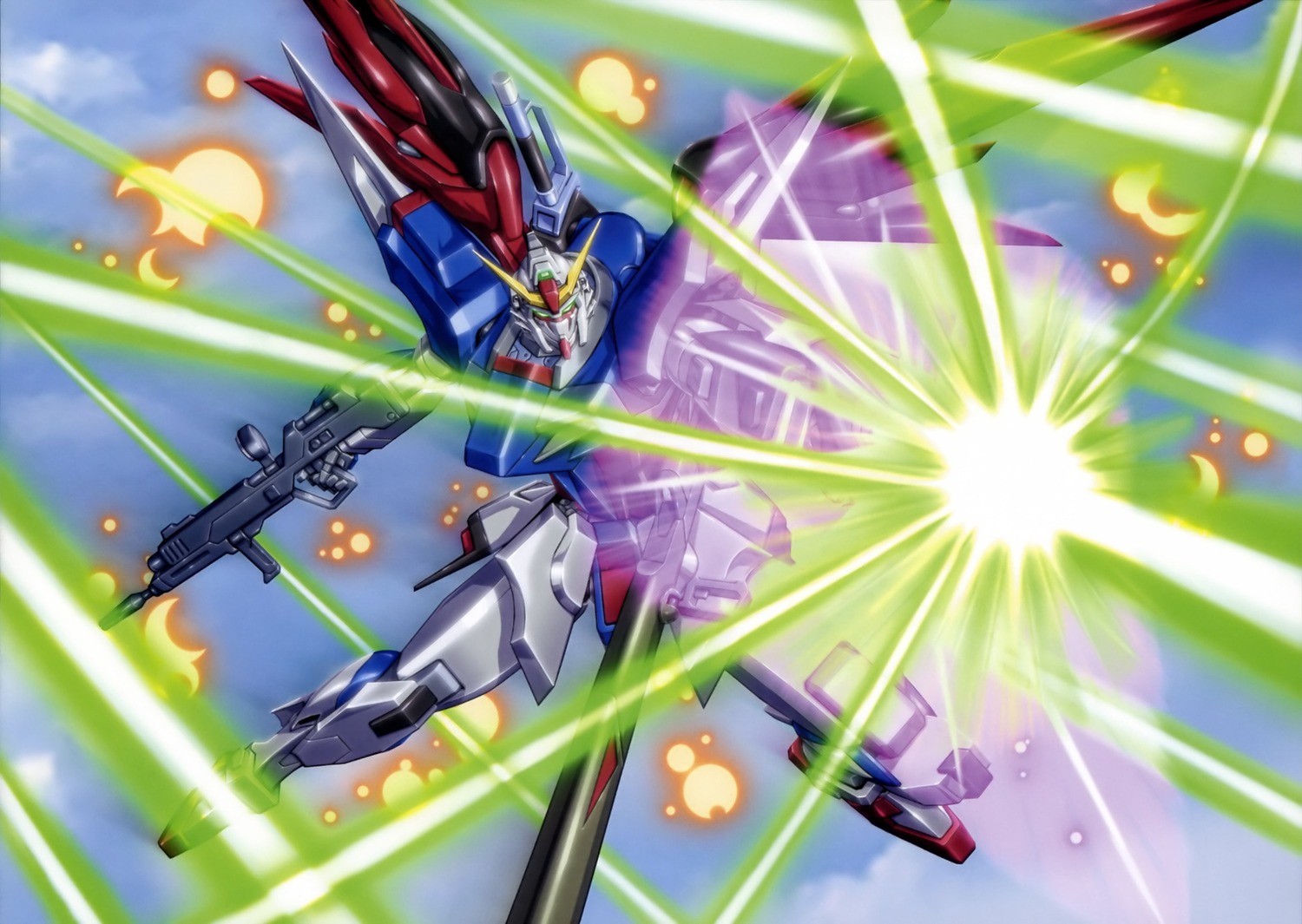 Being the strongest Gundam is not all about the powerful strength and beam that Gundam has. The capability to adapt any situation in battle can also crucial. The good Gundam that fit these criteria is Destiny Gundam from Seed Destiny series that piloted by Shinn Asuka. Need long ranged attack? This Gundam have a powerful long rifle that can be shot anytime? Need short ranged attack? Just use the beam blade that attaches to the back of the Gundam, and don’t forget about the shining hand attack that this Gundam has (LOL). Need to disrupt the enemies formation? The Gundam has the Wings of Light that can be used to make some kind of clone while this Gundam flying. So, you don’t need to doubt this Gundam become the strong one, right?

That’s all about the strongest Gundam in the universe. Do you have a different opinion regarding this matter? Don’t worry guys, you can write down your problem in the comment section below. I will gladly discuss with you which one is the strongest. I think my article end here. Hopefully, you enjoy my topic for today about Gundam series.